A few months ago I found myself buying (and playing) the Sega Ages version of Out Run on Switch. It’s a great port with some interesting new features, and it made me appreciate the game all over again. Eventually I found myself doing some historical research on the game to learn more about its development and legacy.

Unfortunately, this was easier said than done. My search results were dominated not by Out Run, but by …. Outrun.

As far as I can tell, “Outrun” is the name of both a subgenre of synth music, and a surrounding subculture. According to the Outrun subreddit’s description, Outrun is:

Dedicated to the synthwave music scene, a revisionist 80s music style of synthesizers and pulsing beats, and the retrofuturist 80s aesthetic of fast cars, neon lights and chrome.

And the wikipedia entry says:

Synthwave (also called outrun, retrowave, or futuresynth) is an electronic music microgenre that is based predominantly on the music associated with action, science-fiction, and horror film soundtracks of the 1980s. Other influences are drawn from that decade’s art and video games. Synthwave musicians often espouse nostalgia for 1980s culture and attempt to capture the era’s atmosphere and celebrate it. The genre developed in the mid 2000s through French house producers, as well as younger artists who were inspired by the 2002 video game Grand Theft Auto: Vice City. Synthwave reached wider popularity after being featured in the soundtracks of the 2011 film Drive (which included some of the genre’s best-known songs) and the 2010s Netflix series Stranger Things.

Which, okay, sure, I guess. But why is it specifically named Outrun?

According on my research, the name comes in part from French musician Kavinsky, who released a synth album in 2013 named Outrun, which took some very obvious inspiration from the game.

So the culture is driven largely by the music and aesthetics of the 1980’s, and its name is derived from one landmark album that itself was hugely inspired by an iconic 1980’s game.

When you put it that way, it almost makes sense. But something about this still feels off to me.

When I think of Out Run, I think of it as a game that is extremely emblematic of Sega’s house style of arcade game design. It’s got fast cars, beautiful scenery, wide open spaces, and blue freaking skies. All or some of those things are key ingredients in countless Sega games.

But I cannot think of anything in Out Run that is in any way shaped by the specific pop culture trends of the 1980’s. There’s nothing about driving fast in a Ferrari that is particularly emblematic of the decade (this is especially true considering that classic car movies, like Smokey and the Bandit, Vanishing Point, and Bullit were all made in the 60’s and 70’s).

I think the same way about its famous soundtrack. Yes, Out Run uses synths, but was that a stylistic choice, or was it done out of necessity due to hardware choices/limitations?

A lot of arcade games used synths for audio output because it was one of the best sounding methods available at the time. But most of the Out Run tracks do not, to my ear, have what you might call an “80’s synth” sound. In fact, most of them have much more of a Caribbean/South American vibe.

Out Run was no doubt a classic arcade game from the 1980’s, but I don’t really see it as emblematic of the 1980’s. It feels like an odd choice to be the standard bearer for this “outrun” culture.

Here’s another thought experiment. Sega released Out Run 2 seventeen years later, in 2003. Its soundtrack is filled with modern “butt rock” covers of the original tracks, and has no discernable nods to the 80’s. But it does still have fast cars, blue skies, exotic locales, and great controls.

And wouldn’t you know it, but fans of the original game are generally fans of this sequel. It captures the same feelings, and the same kind of fun. Nostalgia doesn’t really play into it at all. This brings us full circle to my earlier point – Out Run is mostly emblematic of Sega’s house style of game development. As long as you preserve that style, you can transplant the game into any decade, with any other kind of cultural trappings.

(As an aside, I think the same thing is true of the After Burner games. The original game is certainly inspired by Top Gun, but its 2006 sequel After Burner Climax arguably isn’t. Yet it too is a modern sequel that captures the spirit of the original).

Point A to Point B

Let’s just say, for the sake of argument, that Outrun culture was truly inspired by the arcade game. If that were true, then the members of that culture clearly missed the mark. Because it seems impossible for a game that looks like this:

could in any way lead to a subculture whose aesthetic looks like this:

Clearly there’s no real connection, beyond the loose association with the aforementioned Kavinsky album. This is just another case where the meaning of a word changes over time into something that is far beyond its original use. This happens all the time. Nothing to worry about.

In case you still wanted some proof that Out Run has little-to-nothing to do with Outrun, here’s a screenshot from r/outrun in which a youth describes playing the game:

I will never understand how someone could play the game and not have fun. My TWO YEAR OLDS have fun playing Out Run. It’s like injecting happiness straight into your bloodstream

It seems to me that Outrun culture is an entirely new kind of cultural experience, one that isn’t so much based on nostalgia, but rather on a very limited and hazy understanding of how the pop culture of the 1980’s looked, felt, and sounded (and whose members were largely born after the end of the decade).

Here is a young man I found on r/outrun posing with his 1985 Fiero:

He clearly staged it to look like a vintage photo, right down to using what I think is some sort of retro filter. But he reveals in the comments that he just graduated high school as part of the class of 2020.

Cruise a bit more around the subreddit, and you will see lots of photos and artwork that are drenched in the same combination of neon purples, reds, and blues:

I even found a “reimagining” of the logo for The Mandalorian. Not because the show is in any way related to the aesthetic, or even the 1980’s. It seems to exist solely because someone is obsessed with this style:

The 1980’s was, arguably, the dawn of the digital age. Compared to previous decades, a whole lot more of its history, pop culture, etc. has been preserved. To a large degree we know what it was like. You’d have to go out of your way to misrepresent it.

But that’s exactly what Outrun culture does. And maybe that’s okay. Again, they’re arguably making something new based on something old.

But it’s also arguable that the lines are blurry between whether this is a genuine cultural movement driven by enthusiasts, or something created (or at least co-opted) by corporate interests. After all, you’ve got retailers selling modern day apparel that looks like this:

When in reality, a NASA shirt from the 80’s was more likely to look like this:

Is it possible that these retailers are actively and specifically trying to sell to enthusiasts of Outrun culture rather than co-opting their style? Maybe. But I think it is more likely that they’re simply selling a false memory to people whose nostalgia for (or for the younger folks, their impressions of) the 80’s has been twisted and distorted.

Ultimately, I guess my problem with Outrun culture – and anything like it – is twofold: 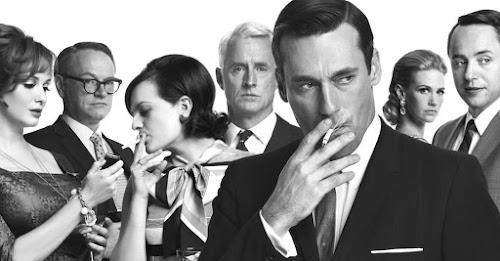 Neither of these examples are dangerous, but they do prove how easily these distortions can take hold in our collective memory.

The 80’s weren’t that long ago, and Google is right there. If you want to know what it was really like, it isn’t hard to find out. So what, if anything, does it say when subsequent generations would rather turn it into some weird caricature? Why, in general, is society seemingly avoidant of remembering anything resembling real history (warts and all)? And in the end, does it really matter?

I think I’ll ponder these thoughts over a game of Out Run.

I just want to point out that this is a repost/revision of an old post I made on my personal blog – https://www.cmwolfe.net/posts/2020/07/outrun-culture/

I’m only pointing this out so that no one tries to use this as some sort of future “gotcha” and accuse us of stealing content.

For the record, this is the version of the post you should read. It’s actually edited by someone other than me!

This is all pretty odd to me. It’s funny that Magical Sound Shower, the default and most prominent track from the game, is actually kind of melancholy. I assume that’s not something the lifestyle/music genre has mimicked since they ignored the Caribbean vibe of it.

I have a feeling most of them don’t even know what Magical Sound Shower is.