I may have already mentioned ALREADY JESUS CHRIST ALREADY GET OFF MY BACK MOM ALREADY! That I am a big fan of video game soundtracks. Be it the official tunes, an inspired remix and very occasionally I even allow songs which have merely sampled an OT to creep onto the MP3 player. PRO TIP: Never ever, ever be tempted to listen to a video game related song which has been filed under the ‘comedy’ or ‘humorous’ genres. They are almost exclusively 11 year old boys who sound like girls on helium doing the first season Pokemon theme tune. Tetris remixes aside, of which team videolamer are veritable connoisseurs, I do like hard copy soundtracks. They are often objects of beauty as well as magically trapping the music onto a disk.

Here’s the official top 5. Yeah that’s right bitches. Doing a list. Lists are normally the reserve for the green around-the-gills, unskilled new video game bloggers. But when you’ve been blogging as long as we have you are allowed to sometimes ironically do a list. 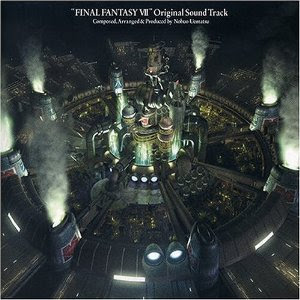 To be honest Final Fantasy VII was the first game (proved not true down the page) whose soundtrack I even considered wanting in the first place. Now, I do enjoy a good chip tune but often they aren’t worth hunting down and back when this came out, you did have to hunt it down by GOING OUT TO THE HIGH STREET and looking for it in comic shops. Crazy days.  I bought a copy of the lovely multi disk set for my brother and secretly I wish I’d kept it. Still. Let it also be noted that I’m going to use disc and disk interchangeabley throughout this post. 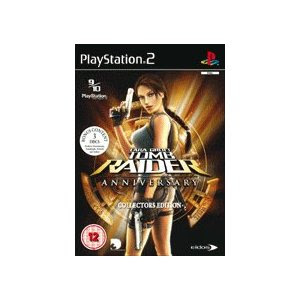 Back in the day out of sheer child-like curiosity my brother and I would put PlayStation discs into a CD player and see what they played. PRO TIP2: Always skip the first track which is horrible noise that happens when a CD player tries to be a console and a game tries to be a CD. Of my favourites to ‘listen to’, Alien Resurrection had some awesome atmospheric scary noise, Nightmare Creatures had some good angry rawk and Tomb Raider had the cool soundtrack as well as all of Lara’s recorded spoken audio. PRO TIP 3: Play the “Now I’d better get out of these wet clothes” sample over and over again with your eyes closed whilst masturbating and it’s like Lara Croft is really there. Obsessively, compulsively telling you about her wet clothes. Well. It worked for me. Anyway, the collector’s edition of the 10th Anniversary Edition of Tomb Raider came with a special Tomb Raider Legend soundtrack. I burned it onto my mp3 player and after months of filtering almost the whole soundtrack is still on our ‘most listened’ playlist.

Almost every time a GTA comes out I see the 148 CD soundtrack box set for sale everywhere and never buy it. And now it is expensive or out of stock or sold off disc by disc. It really is a testament to the quality of the radio stations of GTA Vice City that if you burned all of the radio station tracks and played it in your car it is STILL 1000000% more compelling than national or commercial radio stations and significantly less repetitive. This is the one that got away. 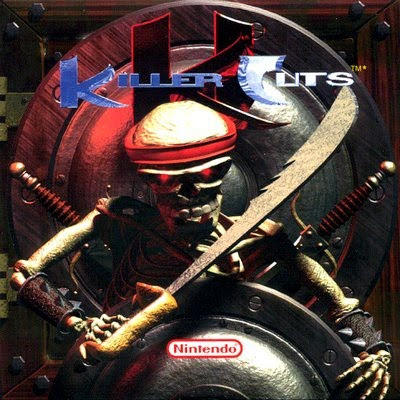 Still brilliant today. I lost the original CD SUPER SAD FACE and now I only have the original soundtrack as stupid fucking WMA files. I’m positive that I could legally download Killer Cuts again but that would require firing up a PC and installing things which sounds too much like PC gaming so pah! 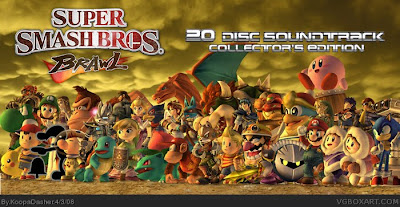 Cheating a bit but surely, the greatest video game soundtrack of all time? Not only are the original soundtracks some of the most inspired in the video game ‘genre(?)’ but the re-masters, remixes and mash ups in this game’s soundtrack are mental. Proper mentally good. My personal highlights are almost any of the Kirby tracks, the Pokemon stadium/evolution track and of course, the Tetris A remix. But that is a mere smidgen of the hundreds of quality tracks from Wii Sports through to the G&W mashup. I wish the above pictured product existed but alas ’tis but an imagined dream by KoopaDasher, original here. And of course, Nintendo being Nintendo the SSBB soundtrack is available for purchase from every decent video games retailer*.

There aren’t any good chip tune soundtracks that you can’t only rip from the internet.